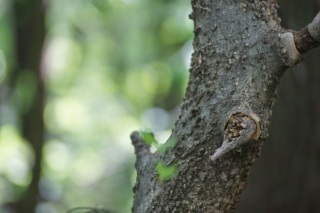 Thank You, Father, for Your teaching

by Your Holy Spirit!
There is nothing so powerful and liberating
as truth jumping out to meet me
when I read Your word or pray.
You continue to teach me about tabernacle
and temple in many ways and layers,
and I love it!
The truths concerning My dwelling place are powerful and full of many elements.  My original tabernacle was a temporary, portable shelter in which My presence was seen in the forms of cloud and fire.  There I met with Moses face to face and showed him what I wanted for Israel.  As the pillar of cloud/fire lifted, Israel took down the tabernacle and followed until I came to rest.  Then the tabernacle was set up and Israel camped until I moved them forward again.  Following Me was a day by day reality for them.  They had no idea whether I would keep them in one place for a day or for a year.  Their eyes had to remain fixed on My presence for direction.
Years after settling in Canaan, Israel was ruled by David, a man after My own heart.  He wanted to build Me a temple, but it was My will that his son Solomon fulfill that duty instead.  David made preparations.  Again My dwelling place was built from the very finest materials I had created.  It was glorious, extravagant, filled with gold and splendor—a wonder that honored the Creator of all things.  There was still that special place where My presence rested, and Israel knew that I dwelt among them.
After many kings lived and died and Israel had forsaken Me over and over again, the time came when her enemies overpowered her and My temple was ransacked and eventually in ruins.  Following years in captivity I put it in the hearts of faithful men to return to the land and rebuild the temple and the wall around Jerusalem.  They were heartbroken to see the disrepair and condition of My dwelling, but they were determined to make things better.  A season of reconstruction began under My direction.  For a time men became distracted and began building their own homes and neglected My temple.  In a very similar way today, My people are caught up in the ways of the world.  They try to do the right things but so often with the wrong motivation.  They are trying to care for My temple, their bodies, but are motivated by appearance and approval rather than by honor for Me and My dwelling place.  Others believe they are working to further My kingdom when they are often advancing their own organization, ministry, or influence.  Success on those terms only glorifies man and his own righteousness instead of becoming broken bread and poured out wine that meet the needs of a world starving for Me.
When Israel returned to the job I had given them, they found that I cared for and blessed them in the process.  I was pleased with their work and effort.  I protected them from their enemies and provided all their needs.  I encouraged them in the day to day labor of reconstruction.  Honoring Me is an active living undertaking.  It is not merely a matter of completed perfection; I am honored not only when everything is in its ordered place.  It begins in the heart, and every step taken, every word spoken, every thought and intent worthy of My name honors Me.  I see and know the hearts and motives of My people and honor those who honor Me.
When the temple was completed the people celebrated a dedication to Me.  To the human eye the new temple did not compare with the glory of the first and some were disappointed.  People never see things the way I do.  My people had again welcomed My presence and My Spirit among them and I was lifted and exalted in their eyes.  The new covenant that I share with you now is even better.  My Spirit is abiding in your midst, and I fill My dwelling with My glory, Christ in you, the hope of glory.  Set your heart on Me and do not be grieved or discouraged, for the joy of the Lord is your strength.
Ezra 1:1-6; Ezra 3:7-13; Haggai 1-2; Colossians 1:27; Colossians 3:1-4; Nehemiah 8:10